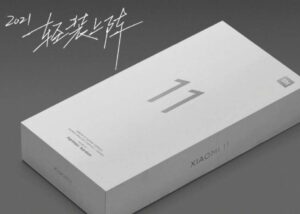 Xiaomi Mi 11 supports 55W super-fast charging and also the wireless charging support for the device. But Xiaomi just confirmed that the Mi 11 not include a charger in the retail box and users just need to buy the charger from Xiaomi.

Check, Mi 11 All Specifications and features

Many communities saying on social media that “Xiaomi is playing apple’s game”. However, there is no other comment from Xiaomi regarding this sentence. Xiaomi may also stop providing chargers to other Xiaomi devices in the future and users need to buy the chargers separately. Similarly, the Xiaomi Mi 11 Retail box image is laked. And the box is much slimmer than the box which included a charger.

So finally Xiaomi is following the concept of Apple and maybe in the upcoming days, we may need to buy the chargers separately while buying the new smartphone devices.