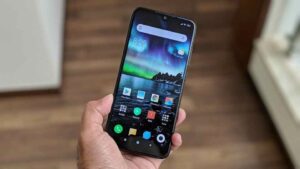 The MIUI 12 Stable update is available for the device over OTA and can be installed manually on the device. The Redmi Note 7 Pro user will get the update randomly and receives the notification for the installation of the update.

Also, The users can check for the update by going to setting>>About device>> Software Update>> Check for Update.

MIUI 12 stable gets faster animation with Android 11 Based compatibility for Redmi Note 7 Pro. The MIUI 12 is the latest generation skin for all Xiaomi devices.

The MIUI 12 Global was first release in April 2020 ad after that the Beta version started rolling out. The Pilot tester program is available for device to install MIUI 12 Stable beta version.

The Smartphone comes with Snapdragon 675 SoC and Adreno 612 GPU. The device has 6.3-inch IPS LCD screen with a Full HD 19.5:9 aspect ratio. The device comes with 48 Megapixel primary camera and 5 megapixels depth sensor.