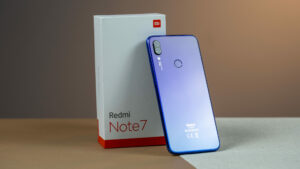 Redmi Note 7 started receiving Android 10 based MIUI 11 V11.0.2.0.QFGINXM Update in India for some users. Firstly, MIUI 11 ‘Stable Beta’ is rolling out in India. So initially some users are getting the update for Beta purpose.

The MIUI 11 V11.0.2.0.QFGINXM  might have some bugs because it is rolling out as a Beta update in India. also, Xiaomi already had launched this update last month in China. However, The Beta roll out for this update was started in last year December.

The Redmi Note 7 device was launched in India in January 2019. The device belongs to the most selling devices from Xiaomi Almost 20 million units are sold of Redmi Note 7. The Redmi Note 7 has Android 9 Pie out of the box.

Xiaomi has posted on official forum about MIUI 11 version V11.0.2.0.QFGINXM update on Mi community. The latest Android 10 based MIUI 11 update includes the latest features of MIUI 11 Custom ROM. The features are all which are part of MIUI 11 custom ROM from Xiaomi.

How to Check MIUI Update for Redmi Note 7

If you are still not received notification for MIUI 11 update. Then you can directly check the update for Redmi Note 7. Got to Setting>>About Phone>>Check for updates. If you have not received update don’t worry currently update is rolling out for some device in India.