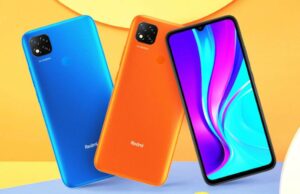 Redmi 9 was launched in June 2020 in the Indian market and comes under 10,000 Rs. The device is started getting MIUI 12 Beta update for the Global variant. But everyone has one question that when does the MIUI 12 Stable update available for Redmi 9 in India?

MIUI 13 will Launch soon check the Eligibility for your device

similarly, The device is currently getting MIUI 12 Beta update in the Global variant. Now Global variant users of the Redmi 9 device can experience the next-generation features of the MIUI 12 update.

The MIUI 12 Stable for Xiaomi Redmi 9 in India will start rolling out in India in the upcoming weeks and by the end of December. In Conclusion, currently, the users of the Global variant can enjoy the MIUI 12 features.

When does Redmi 9 receive MIUI 12 update?

Xiaomi Redmi 9 device was launched in June 2020 and started from 8,999 Indian rupees. Also, The Redmi 9 comes with 3-6 GB RAM and MediaTek Helio G80 and comes with a 5020mAh battery. The camera setup is 13 MP,
8 MP, 5 MP, 2 MP(depth). The device contains all the necessary season which includes Fingerprint (rear-mounted), accelerometer, proximity, compass.