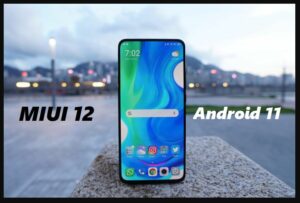 Many POCO F2 pro has reported that they have received MIUI 12 Stable update with Android 11. This update already rolling out in China and now started receiving global variants.

Last month POCO has started a Beta program for POCO F2 users and Beta testers will testing the MIUI 12 Beta stable ROM. Also, Now POCO F2 pro stable update is rolling out to those who are not enrolled for Beta testing.

The MIUI 12 Stable version v12.2.1.0.RJKMIXM is currently rolling out for POCO F2 pro in India. And Multiple users report that they have received the Android 11 based MIUI 12 update. However, right now Some random users will be receiving the update. But similarly, other users will be get notified once the POCO pushes the update to all users.

The latest MIUI 12 update is of size 3GB and brings the latest October security patch level update with Android 11 for POCO F2 Pro. In the latest update now users can experience the latest features of MIUI 12 and Android 11 enhanced security level.

Still, you can check the update by Going to settings>> About phone>> check for software updates. After this, you may see new update available for your POCO F2 Pro and after that, you can download and install the update.