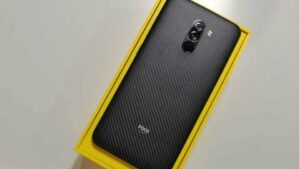 Poco F1(Pocophone F1) was the part of the Mi Pilot testing program. And Poco F1 was expected to get MIUI 12 update by end of August. Now, Again MIUI 12 update for Poco F1 is delayed by Xiaomi due to overheating issues in the device.

The Mi pilot testers program was over three weeks ago for Poco F1. Still, MIUI 12 Stable update is not available for Pocophone devices.

As well the reason for delaying the MIUI 12 Stable update is overheating the phone while recoding the 4K videos at 30 Fps and using the device at full brightness.

The Latest MIUI 12 Stable update for Poco F1 contains several bugs. One of the major bugs is the overheating of the device. The Poco F1 get overheat while recording 4K videos at 30 Fps for just 20 seconds. As well as the deice overheats while using the device with full brightness.

MIUI 12 stable for Poco F1 has been getting delayed from the last two months. Xiaomi is not getting much interest in providing MIUI 12 Stable for Flagship killer Pocophone F1.