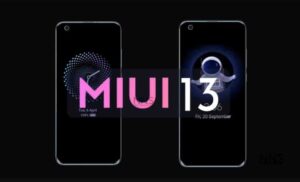 MIUI 13 Development is already completed and Xiaomi is ready to launch its powerful next-generation MIUI 13 Update for its devices. As well as some reports say that the MIUI 13 will directly launch as a stable version to a few of the major Xiaomi devices first and it is going to base on Android 12.

The MIUI 13 Based on Android 12 Going to launch on 16 December 2021 from many sources it concluded and it is expected. However, This will be available to some Xiaomi devices only then after some weeks Xiaomi going to release the MIUI 13 Update for the remaining eligible devices.

MIUI 13 is going to be a major upgrade in OS after MIUI 12.5 update. The User will be going to explore some new and advanced smart features in Next-generation MIUI 13 update. The miui 13 update brings several changes in the user interface and is more power-efficient. The optimization will be maximized as Xiaomi was working with real user feedback to improve the overall experience of the upcoming MIUI update.

The MIUI update will be all set to launch and the Beta version launched on 27 November 2021 for some devices which include: