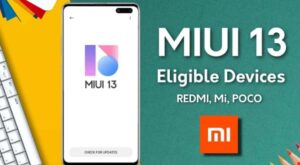 The Most awaited MIUI 13 Update will gear up very soon for 9 Xiaomi devices this rumored from many social sources. Xiaomi’s CEO, Lei Jun mentioned that the next generation MIUI 13 OS will be available by end of this year 2021.

The Xiaomi devices users are pretty excited to see the Latest MIUI 13 Update and explore the extraordinary features of the Next-generation OS.

From many sources, it is found that the 13 Major Xiaomi devices might get the MIUI 13 Update very soon. However. It is not yet declared by the Xiaomi company. As well, In the source code of MIUI 13, the list of devices found which might get the Latest major update.

List of devices going to get MIUI 13 Update by end of this year:

These mentioned devices are most likely to get Upcoming updates by end of this year. However, It is not yet officially declared by Xiaomi. Let’s hope these devices will get updated and we can explore the latest features of the powerful MIUI 13 Update.

Also, CHECK THE LIST OF ALL MIUI 13 UPDATE ELIGIBLE DEVICES

Now finally, the wait is about to over for MIUI 13 Update pretty soon the Xiaomi devices will start getting updated as BETA MIUI 13 and we can expect the release of the Stable version after a couple of weeks of the rollout of the Beta version.

First, all the MIUI 13 Beta testers will start testing the update and report all the Major and minor bugs in the update. Then Xiaomi releases the Stable version that is the flow of any update released by the company.