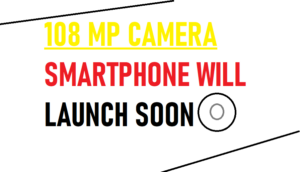 After the launch of 64 MP Camera in the market this May. Now Xiaomi planning to enter with 108 MP Camera with collaboration with Samsung.

Xiaomi has made deal with Samsung for Xiaomi 108 MP camera in their smartphones with ISOCELL Bright HMX Sensor which can capture up to 100 Million pixels at the same time. 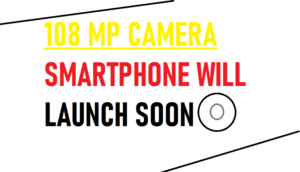 This camera is more capable of capturing low light images very fluently. In other words, this camera is very good for low light conditions. Earlier the Xiaomi launched the ISOCELL GW1 sensor which is 64 MP camera model.

But this time they are making twice of that which is 108 MP sensor this sensor have  Smart-ISO mechanism that helps create more vivid. the photos are easy to adjust the level of amplifier gains based on the ambient light.

The ISOCELL Bright HMX sensor can capture videos at resolutions up to 6K  at 30 fps.

Does the 108 camera sensor equal of DSLR camera?

The 108 Camera sensor is capable of capturing more pixels equals around 100 Million which makes the picture very sharp and vivid. But the main question in everyone’s mind that this camera will equal to the power of DSLR camera.

The answer is NO!! The DSLR camera is the combinations of many sensors which are perfectly set to capture images and video. In another hand, our smartphones which are also capable of doing many tasks and camera is also good.

The Camera sensor is good but Not equal to DSLR sensor, Smartphone camera will not able to capture depth photos(portrait shots) and DSLR is good at this all stuff. The quality of DSLR’s Sensor is more good and powerful than a smartphones Camera sensor.

This all are major features of the 108 MP camera reviled by Samsung officially. Hope first Smartphone with 108 MP camera will launch soon.

You can also read: