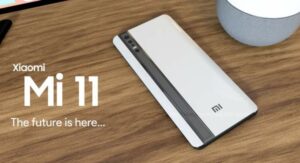 Xiaomi has officially announced that the RAM version LPDDR5 speed up to 6400Mbps. This will be the fastest RAM for Xiaomi Mi 11 smartphone.

Xiaomi is soon launching the flagship killer Mi 11 On 28 December 2020. Also, the company is expanding the production for the Mi 11 Smartphone up to 1 million units. However, the smartphone will be based on the latest most powerful Soc which is Qualcomm’s Snapdragon 888. Also, the LPDDR5 RAM is also available on the device the maximum speed that can be achievable by the ram is 64,00Mbps.

Some of the leaks also have shared some of the prices for Mi 11 Devices and the Photo’s also leaked for the design. The Devices will comes with the 8GB and 12GB RAM variants. The DDR5 RAM makes the devices most powerful on the processing users can able to play the high end graphics games on the smartphone.

The Mi 11 is finally going to launch on 28 December 2020. You can check all the announcement details for the smartphone here.