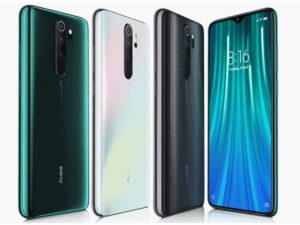 Previously, The Xiaomi Redmi Note 8 Pro had received MIUI 12 stable updates. The latest Android Security patch update brings several bug fixes in the device. As well as the wallpaper bugs may also have been solved.

Similarly, The Russian version of Redmi Note 8 pro has been issued new MIUI 12 version V12.0.3.0.QGGMIXM update. In conclusion, the users who have not been updated the Redmi Note 8 pro for MIUI 12. Can now able to update the devices directly to the latest version of MIUI 12 stable with the latest security patch.

Users can now install the update directly thoroughgoing in Setting> About Phone> System update> Check for updates. The latest version MIUI 12 V12.0.3.0.QGGMIXM is available to install download the update and perform the installation. Do not use mobile while installation of MIIUI 12 Stable update.

The Redmi Note 8 Pro was the part of MIUI 12 Stable first batch device. Similarly, to other Xiaomi smartphones and received thge MIUI 12 Stable update on time.